CHULA VISTA, Calif. – One of the oddest of couples is looking for a new home, and their health depends on it.
Romeo the cat and Juliet the dog are what animal experts call a “bonded pair,” meaning one of them cannot live without the other.
Officials at the Chula Vista Animal Care Facility said Romeo’s health quickly deteriorated after the two were brought to the shelter and then separated. Staff members said Juliet immediately perked up once the two were reunited.

Linda Septon with the Chula Vista Animal Care Facility said, “When Romeo was found underneath a car, he was all curled up terrified, and Juliet the schnauzer was basically comforting [and] protecting him.”

Septon told 1oNews she has not seen a bonded pair of animals of two different species in 20 years of working with animals.
Shelter officials said Romeo and Juliet will only be adopted out if a family takes both animals. 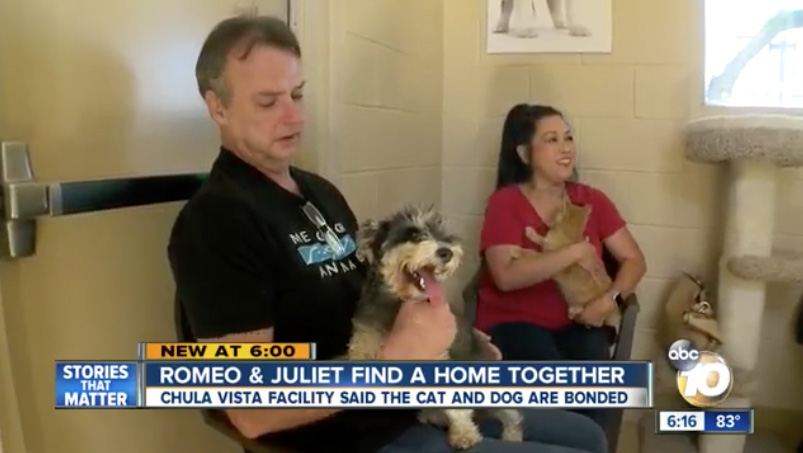